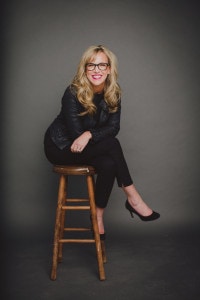 I spent a lot of my energy and time trying to be a good girl growing up. I wanted to please my mother. I wanted to impress her friends. I wanted to make my grandparents proud. I thought that was the goal. To be good.

The problem was how do you define ‘good girl’?

I was a good girl but I defined it differently than others.

I was also really sexually curious and fought a battle of basing my self worth on someone’s interest in me as a girlfriend or sex object rather than who I was as a growing young woman. I would think “Yes, I am a star tennis player and volunteer at the hospital and go to church every week but Eric asked Ashley to the dance and not me? I’m insignificant.”

I felt worthless. My internal dialogue was brutal.

I had a good friend for years who ran in similar social circles but was very different from me personality wise. For many years, I’d describe her as my Sexual Sherpa. A guide through the convoluted path of adolescent sexual curiosity. She was decisive and in control while I was wishy washy and malleable. On paper we had similar credentials-smart, involved in lots of activities, pretty and family oriented. But we had a really big difference that mattered to me at the time.

Boys liked her. And I felt invisible to this gender.

She was confident and comfortable in her own skin. She took me under her wing and taught me more about sex in middle and high school than all my formal sex ed combined. ( Including college and grad school. I’m telling you-she was a master.)

She was giving blow jobs at the same party I am crying at because some guy touched my boob for 3 seconds. While I was terrified of being “bad” and doing the wrong thing and getting in trouble, she was perfecting the art of sexual pleasure and not giving two shits.

Boys were lining up for her. She had her pick from any social circle-the jocks, the head bangers, the popular rich kids. I was lucky to pick up scraps and I’m sure I was often a disappointment to those who did notice me and wanted to get to know me sexually because I was full of fear. Up to my eyeballs full of fear. I was uptight and worried but also desperate and interested. Lots of mixed messages. Internally and outwardly.

Something I didn’t fully grasp until decades later was that I witnessed her not only participating in sexual activity without much concern or self judgment, but she also showed me that wanting to receive pleasure was our God given right as well. She was 15 and she knew this. 15! Back in the 80’s. This was just short of revolutionary. I didn’t fully comprehend this concept until my late 20’s. At 15, my cognitive complexity focused on not getting grounded.

Beyond the mechanics, she modeled for me that it was okay to be sexual. It was normal. I saw her as a young woman who was doing things on her terms. Not her friends’ musings, not her siblings’ choice, not society’s terms nor her parents’ unspoken rules. Her way. She made it okay to talk about sex, to learn about it and to ask questions. She never pushed her decisions onto me and was always there to answer my questions. She didn’t judge me or make fun of me. She didn’t behave like I was less than her. Her sexuality was palpable but it was also surprisingly private. Her sexual activity was relatively unknown. A private secret that the chosen few knew like a secret clubhouse knock. I felt lucky to be privy to this information and guarded it because I wanted to keep learning from her experiences. I was too afraid to have any on my own and didn’t have another source in which to learn.

I also learned that there was power in sex and something related to control with owning a thriving sexuality. I didn’t understand the complexity of the meaning of that statement until decades later but I intuitively knew. This thing called ‘sex’ and this entity called ‘sexuality’ had some serious sway. This was both exciting and baffling to me.

I really wanted guys to look at me like they looked at her. I thought it was because she was having sex with them and, of course, that helped but it was also because she was comfortable with herself. She was living life on her terms. She owned who she was and didn’t apologize.

Confidence draws people to you.

Or at least, that’s how it looked on the outside. She didn’t reveal much about her inner world and I didn’t notice that absence until years later. It was a big oversight.

We’ve had many conversations as adults about that time in our lives. We’ve shared our introspections and reflections with each other. We were both unaware of each other’s inner thoughts which surprised us because we thought we had shared so much intimately with each other. Turns out we hadn’t. We revealed facts of our stories but not the reasoning or feelings underneath them. This is a crucial missing element.

She revealed that she had many sexual experiences that felt horrible at the time. She felt coerced, judged and used at times. I revealed my private desperation to have attention. She expressed regret in being sexual earlier than most. I talked about my embarrassment of chasing guys who had no interest in me and what felt like countless rejections. She told me she was impressed I hadn’t felt pressured to have sex or to be sexual just because she was. I told her I wish I had been more sexual in high school and didn’t worry so much about what others thought. She mourned the loss of her innocence while I mourned the losses I endured because of the battle I waged within myself all those years.  We were surprised. We shared important things in our teenage years but we didn’t go deep enough. We didn’t know how to. We didn’t see others doing it. We didn’t have a space to do it.

So who has the most accurate recollection? Our view of ourselves or other’s views of us? Do we present ourselves differently on the outside rather than what our true inner world represents? Can we rely on the perspective of a 15 year old brain or does our adult self filter, sift and sort what suits the story we’ve played out since that time?

It is powerful to me in the work I do to show the journey of not 100% believing your memories, your perspectives and the stories you’ve spent a lot of energy writing and growing about yourself. It is a crucial release to let go of the firm grasp of our recollections and our view of how we were, why we did things, and how we felt about them. It isn’t that they are inaccurate, unimportant or untrue.

Rather, it is more that we don’t need to keep such a firm grasp of them and need to leave room for building our journeys with what serves us currently.

I’ve grown exponentially. I’ve done the work. I’ve wrestled while letting go of past stories and past beliefs of myself of the world of the ‘should’s’s. I planted seeds in my soul. Some of the seeds took longer to germinate than others. I am forever grateful I understood there was a different way to experience the world.

As an adult, I know the futility of regret. Everything can be seen as a lesson. Everything shapes you into who you are currently. All things along your journey guide you and inform you.

And so it is with our sexual journeys.

And the learning doesn’t cease at any point in our lifespan unless you choose to stop learning and growing. She and I taught each other a lot through our adulthood. We learned to have deeper conversations, to find peace with our pasts and our paths. We learned to laugh at ourselves with love and light.

As I look back now, I have a few things to say to my 15 year old sexual self:

Your self worth isn’t based on a boy’s attention nor his interest in you. Focus on strengthening what YOU think of yourself. Celebrate the good in you and shore up the things that aren’t so fabulous. You are fantastic but you have some work to do too. Don’t beat yourself up-own it and do it.

You define what a ‘good girl’ is. Not anyone else. It is such a silly concept anyway. Inherently you are good. There is no parade nor award for winning the ‘good girl’ title. It can never be achieved from an outside source. This is an element that comes from within and above.

Please appreciate your body. Guard your health and don’t take it for granted.

And your boobs! Who knows where they came from but don’t hide them—celebrate them! They are fantastic.

You know that guy that you were ‘in love with’ for years who dumped you a week before prom because he forgot he had a scuba diving class? Don’t worry about him and don’t shed a tear. He didn’t have a class he couldn’t get out of, he just didn’t like you. And that’s okay. Turns out you really didn’t like him either.

Don’t get in the back seat of the car with that other guy in the parking deck or hang out with him at that party. It is a no good situation. Just don’t.

Your mom is right. It looks terrible to tease your hair two feet tall and to have your bangs sticking straight up. You should listen to her.

Oh and you were a total poser at the Grateful Dead concert but that’s okay. Bless your sweet heart for tie dying that shirt while pairing it with a mini skirt that no real Deadhead would wear. You do you, boo. That same spirit is what got you to the front row for “Truckin’” and Jerry smiled at you. Totally worth it.

Remember that guy you stayed up all night talking to? Appreciate him. Appreciate his gentle soul. He’s a good one.

Boys. They are great and wonderful but just has complicated and simple as you are. They want your attention too. You are just too wrapped up in yourself to realize it.

You are okay. In the fullest definition of that word. And you are going to be okay. You are beautiful and interesting and kind. You are smart and talented and incredibly thoughtful. You are fun and funny. You are imperfect and slightly crazy and you will make mistakes. Make them! Don’t give two fucks but learn from them. Don’t hurt other people. That’s a regret that is hard to walk away from. You aren’t alone. Be your own best friend. Always. If you want that kiss, kiss. And if you don’t, don’t kiss. Your self worth is based on your character, how you treat others and the good you bring to the world. Not someone’s attention, affection nor the number of people you’ve had sex with or didn’t have sex with. Your worth isn’t related to the age you started to be sexual, nor the type of things you do sexually. Find pleasure. In all that you do. Inside and outside the bedroom.