So I was set up on a date with a guy who seemed to be a great fit. He was described as fun, smart, down to earth, accomplished, laid back and sure of himself. I like all those things…. So I said yes to meeting him in a group setting. We shared a casual dinner together with a group of people and I was impressed. He really was all those things and more. Kind, funny, good looking and introspective. He was attentive but not desperate, sarcastic but not obnoxious.

And this was all learned over pizza.

So when he asked if I wanted a date, I easily said yes.

We lived an hour away from each other and his town had a lot more to offer for a date so I got a hotel room in his town and drove up.

I got it and he said he wanted to take me to some of his favorite places in town. We started at a great restaurant. For all you ladies, you can imagine that as much as I like this fun car experience, I spent a long time getting my hair just right and wind fucks that all up. When he said all of his favorite places, I knew I was going to have to let the good hair part of the evening go.

We had a fun dinner, he took me to his office afterwards and it was impressive seeing his work, he wanted me to see this certain view of the city so he stopped in a convenience store, bought some beers and we headed up there. This was a good date. We talked easily, we laughed a lot, it felt like an adventure. We sat on the hood of his car and drank beer and he pulled out cigars. Not my bag but I’m game to give it a try so I smoked one drag (almost died) and we looked at the skyline. We talked about our families, our careers, our dreams. It couldn’t be going any better.

Just like in a movie, as if on cue, a thunderstorm hit and we were soaked within minutes. My white t shirt was soaked. Another movie moment. The top wouldn’t go up so we got soaked.  And it didn’t matter. It added to the night. I was feeling sexy, seen, and alive.

We raced over to an Irish bar nearby and waited out the storm. More laughing, more stories, lots of eye contact, tons of hand holding and flirting.

Did I mention this was so much fun?

Last call and we head out. This doesn’t feel like a first date anymore, this feels like the beginning of something.

We left and found a place to make out and the chemistry was on pointe.

I was on cloud nine. He seemed to be too. He was talking about future dates and how much fun he was having. If this was a movie, you would have turned it off because it was so cheesy. The happiness and joy and utter unabashed fun was one in a million.

He walked me up to my room, we had our movie goodbyes and as he left he handed me a wad of cash and said he had to get rest for a brunch with his girlfriend and her parents in the morning.

And he walked off.

I think I stood there for a good 5 minutes with my mouth on the floor.

I wasn’t even sure where to begin to sort through my shock.

He has a girlfriend? What is the money for? What was this date all about? Did he think I was a hooker? (and if so, why did he think my rates would be so low?) Did he really not give a shit about his girlfriend or were they on the outs and this was a test run? Did my friend know he had a girlfriend? What in the world just happened?

I only received a few answers from my friend who set us up. My friend thought they had broken up. The money was to help pay for the hotel room because he felt badly that I paid to stay in a hotel for the date and he was unsure of his relationship and I was recommended so highly that he wanted to see what I was like. He had fun but he realized he wanted to stay with his girlfriend. 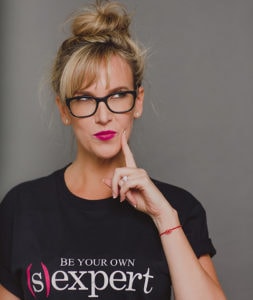 I learned I didn’t want to go on a date with a man who had a girlfriend.

Simple and self -explanatory.

I had my heartbroken a bit with this one. Not hugely but a bit. Some of it was a pride thing but most of it was that it was the first time in awhile I had opened up during a date and enjoyed a connection that felt real and future based. That’s how it felt at the time. As the date progressed, I heard his interest in me and I paid attention to his comments about the future. It doesn’t mean it wasn’t genuine and it doesn’t mean the connection wasn’t real. It also doesn’t mean I missed something. I beat myself up over that for awhile—what did I miss? How did I not see this coming?

I learned I could open up during a date. I learned that having a genuine connection with someone was worth the risk. It was a fun night while in the bubble of the date. I learned I wanted more of that in my life (minus the deceit) and it wasn’t going to happen unless I learned to open up to men I was meeting. I realized I needed to open up more quickly too. And I hadn’t really been doing that. I typically kept my thoughts and feelings and life close to the vest and that wasn’t serving me in finding a true relationship with someone I could have a valuable relationship with long term.

The simple truth was clear-I needed to stop protecting myself and playing small in the dating world. What did I have to lose? When I figured out that what I have to lose is the chance of finding someone to share my life with in a relationship that is fulfilling and genuine, the answer was clear. I had a lot to lose and I needed to change.