Godwinks, a Car Rental Counter and a Divorce 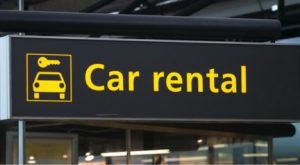 I believe in signs and messages from the Universe and God. I believe if we listen and remain open we get little and big nuggets and hugs gently nudging us or kicking us along our paths.  Godwinks and signs can come in many forms.  Through the years I’ve seen these messages seem to come in similar forms for people. For me…it is always been meeting people.

I had a powerful Godwink at a car rental counter that months later is still having a profound impact on me.

Several months ago I posted a viral video from Rachel Hollis. It is inspirational with the message being that sometimes you are given mountains in your life in order to show someone else it can be moved. At the time of this writing, it has been viewed over a million times.  It is promoting her new book Girl Wash Your Faceand it has struck a chord. It is hard to see it and NOT feel moved by it.

Fast forward to a few months ago.  I had been emotionally and physically drained with lots of personal things happening and shifting.  All of it moving me and my loved ones towards better and happier places but hard stuff nonetheless.

After driving my son to his first year in college 500 miles away, I tucked up my mama bear emotions and heartache into my luggage and boarded a plane to yet another state for the next phase of a difficult journey I’ve been walking (sometimes crawling) along for four years.  A messy, Lifetime movie awful divorce.

I landed in my destination.  Let me paint the picture.  I am carrying a bag of legal documents and evidentiary notebooks that weighs no less than 10,000 tons.  I am not sure when I showered last.  My heart was hurting having just left my son for his first year in college and had to kiss my young daughter’s forehead goodbye after her first day back in Kindergarten. I wanted to be with my kids. Not doing more divorce nonsense. My mother guilt and worry  were front and center.  My curly hair was an unruly mess and, after traveling for several hours, I realized half was up and half was down and it was the half that doesn’t make it a stylish up-do but more like you just got caught in a tornado on laundry day. I am pretty sure I smelled.  And my zipper was down and I dropped ketchup on my white pants.

In short.  I was a mess.  Haggard emotionally and physically.

Got my luggage. I was only on a two-day trip but I looked like I was a Sherpa for Mt. Everest.

Walked to my car rental counter.  Took out my reservation information.

Car Rental Lady (CRL) : We don’t have any cars.

Me: Oh, well here is my reservation number.

CRL: Yeah.  You made your reservation late and we don’t have any cars.

Pause as I soak in this news.

CRL: And everyone on this side of the car renal area doesn’t have a car either.  Sold out. (She doesn’t give AF).

Me: Hmmmm. Well what about that side?

CRL: (mutters something I think was ‘I don’t know’ but was definitely ‘ This ain’t my problem attitude.’)

So I drag my shit to the other side.  There were four car rental places.

#3 Car Rental guy on the Other Side: ‘Just did last one.’

I am so numb at this point; I am not upset in the slightest.

I walk up to #4 Car Rental Gal on the Other Side.  She’s Number 4 and Number Last Hope.

No one else is around.

Me (because my filter is gone): No shit!  I wasn’t expecting that. What do you have?”

She (with lots of cheer and kindness): ‘Well what brings you here tonight?’

In a split second, I thought about saying something that sounded polite like ‘vacation’ or ‘visiting a friend’. But I was just too tired. Bone tired.

Me:  ‘Sad it needs to happen but yes a good thing.  I probably should have said I was here on vacation!’  Laughing awkwardly.

She proceeds to give me some really cute bits of advice along the lines of ‘one door closes and another one opens’ and ‘when you are going through hell keep on going.’ I loved her intent and she had such a precious demeanor to her. I opened up a little bit, because why not, I feel close to her because she had a car and she was so chipper in such contrast to me. She had this doe eyed innocence to her and I kept thinking what a contrast we were. Me, a middle aged having a messy day woman,  and, she, a young woman having a great day.

There was a pause between that revealing-let’s-keep-it-real-topic and ‘do you want extra insurance?’ when she looked up at me.

“You know.  I’m having a bad day too.  I’m 20. My boyfriend broke up with me yesterday and today I found out I’m pregnant.”’

And despite, or probably because of the topic, it was such a precious sacred, time- stopping moment.

Two strangers.  Speaking the truth.  And listening. With compassion and heart and no agenda.

I put my bags down and we talked. We talked about how we were doing. About how crazy life’s curve balls can be.  We shared more details of what scared us.

And then she said she told her mother about the unexpected and unplanned pregnancy a bit earlier and her mother had reacted by coming down to her at work and brought her a book.

You know what it was, right?  Girl Wash Your Face.

Godwink.  I told her about the video.  We watched it together tears filling our eyes.  We talked.  We bonded. And we didn’t care we were separated by a counter, a state, 20 years and different life stories.

We were two women, who caught a curveball and were figuring out how and where to pivot.

We exchanged emails and did a Hollywood air hug over the counter as 6 businessmen walked up. I don’t know if we will communicate again (I’m hoping so) but I do know, I heard the Godwink.  I won’t forget her and I won’t forget what happened to transpire for both of us to be open to it.

I walked to my car rental (and yes, I went to the wrong building, the wrong floor and the wrong car…) thinking lots of ‘If’s that conspired to make that beautiful exchange happen.

If the other rental places had a car. I wouldn’t have talked to her.

If I had been shitty or melting down, she may not have approached me the same.

If she had shut down and not gone to work because of her news.

If she hadn’t asked what was bringing me there.

If I hadn’t answered honestly.

If she hadn’t answered kindly.

If her mother had reacted so lovely to her.

If we hadn’t both been exposed to Girl Wash Your Face.

If we both weren’t struggling.

If we both weren’t compassionate.

I’m not exactly sure why I was meant to talk with her. Why I was placed for her to meet me. But I think I know why I was meant to meet her for me.  And I wouldn’t have gotten that gift had we not been honest, open and real with each other.

Something else that was so powerful for me was that neither of us was looking for something from the other and there was a generous reciprocity of support.  Arms length and heart connected.

As my next day progressed and I was in the thick of the reason why I traveled …I thought about this.

What would it feel like if we were arms length and heart connected more with those who are in our day-to-day lives, within our families and between friends?