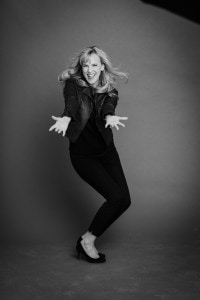 Okay so let’s just get the obvious out of the way…..my hair, that outfit, the hyena laugh, you didn’t know I acted in a former life.

Yep. On all of those!

My brother in law says he has nightmares about that one note I hit halfway through the commercial. I cringe at my hair but I have to tell you….filming that series of Disney commercials years ago was an incredibly amazing experience. It represents a pivotal time in my life. One of great happiness and fulfillment and a quest for finding me-on my terms.

So what does that have to do with sex and sexuality?

It starts and ends with a valuable lesson I learned through the casting process of that commercial series and my time in LA pursuing acting. I was fairly successfully booking state and national commercials where I lived in San Antonio. Acting was a GREAT love of mine-in theatre, on screen, in classes. I loved the study of acting and I loved the people drawn to it. My agent thought I was a candidate for pilot season and hooked me up with an agent and she transitioned to my manager.

It was a scary move for me. I was judged a lot for the decision to move there. There was family strife with my folks for going, I had a young son and a marriage falling apart and my best friend at the time called me out for the decision. Who was I to follow a dream? And a dream that appeared selfish and self serving.

But I was called to it. I knew I HAD to and that it was worth the judgment and backlash. So I figured it out. I knew I could make it work with my son and my husband was supportive of it even though or perhaps because we both knew the marriage wasn’t going to last.

When I had my first meeting with my agent and manager they gave me the ‘we are getting real’ look. They unfolded their strategy for me. I was going to lose 4 years and now am 24, I never had a child and never married. My demographic was young and sexy. We were going straight to leading with my body, my looks and my sexiness. I was 28, had a 2 year old and had a marriage that was 7 years. I also was very far away from sexy or feeling sexy.

But I agreed. Or rather I nodded.

I went to classes and waited for my first audition. Then I got the call.

I wasn’t sure I could but the commercial called for someone who couldn’t so I went along. I tried to sing “Supercalifragilisticexpialidocious” and never quite nailed it. I walked in and it was packed-with the men going for Disney dad, the Disney mom wannabes and the ones who wanted to be the embarrassed kid.

And I nailed it. I felt it. They stopped calling in other women and had me reading and singing with a lot of the dads. I remember when I met my soon-to-be Disney husband. It clicked between us. We laughed, we whispered sarcastic things under our breath to each other, we rooted for each other as we ad libbed. Much different than Chicken George from Big Brother who was a total ass.

I got the call back that afternoon and was booked for a series of Disney commercials within the week.

And had the time of my life. Even with my horrible hair. I loved every second. I defied my fake persona and brought my son on set with me.

Me, the fake ‘24 year old, with no kid and never been married woman’ landed her first throw away audition as a married mom.

Although I did book work as a Budweiser girl, most of my work was as a mom or ‘good’ girl. Even in the rowdy beer commercial where I was watching a live boxing match. I was cast as the ‘nice wife’.

I booked those roles because I didn’t have to pretend to be someone, I harnessed my essence and rocked the lines. I also didn’t land the sexy roles because I was not comfortable with that side of myself yet. I was blocked to it. I was resistant and it showed.

I worked on this in my acting classes. It was painful. I hated when I had a seduction scene and even cried when my acting coach told me to ‘come on’ to a guy ad lib style in front of everyone in class. I broke down and wouldn’t do it. She ‘made’ me, I tried, I felt ridiculous and then she had him tell me what worked and didn’t work. I will always remember looking at my classmates and seeing their surprise that I reacted that way. It was pity. It felt humiliating at the time and almost cruel but it wasn’t. It was EYE OPENING. I knew I never wanted to feel that way again.

Fast forward many years, this week I was told about an exchange recently between a guy and girl who were toying with the idea of dating or maybe just sleeping together. He decided she wasn’t a match for him and very bluntly told her he was out. As they dove into a brief discussion about the disconnect she revealed that she realized she hadn’t been herself in her interactions with him. To which he responded “Why would you ever try to be something you aren’t?”

She didn’t know how to answer him. She felt so embarrassed. Called out. Exposed. But she knew it was an important moment for her.

We know why she froze. We often think we are SUPPOSED to be something. For someone. For others. This is a trap. A train wreck. Yet we walk into it. Fall into it. We sometimes don’t even know we are doing it. We say it is compromising for the good of the relationship or because we’ve been told we are bitchy or we do it as a protection or out of desperation. It isn’t always natural to just do it for ourselves. Because it aligns with our values, with our nature, with our dreams, with our essence.

In my next chapter (after my divorce and leaving LA), I started where I could—I liked roles in theater that brought out this side in me. Less intimate. I experienced some success and thus some confidence grew. Then I tried scenes in acting class. Those felt better so I started paying attention and writing down feelings, behaviors and words that felt sexy to me. I practiced in my personal life. I dated a man who unleashed sexy out of my soul. I understood that this was much more meaningful of a journey than ‘just’ harnessing my sexy.

I wasn’t looking for superficial sexy.  I was on a quest to find and validate this PART of me. On a cellular level.

Little by little I began defining ‘sexy’ on my terms and embracing the process of discovery rather than focusing on what lacked or what was hard. I also found such strength in tuning out how others described as ‘sexy’.

I didn’t want to TRY to be sexy, I wanted to feel sexy. My sexy.

And when I understood that difference, I blossomed. It is never a straight path. I still revisit this process but I now have the skills and the awareness to help me through the journey. I challenge myself in this area. I let myself feel uncomfortable and feel grateful for ‘failures’ as well as successes. They both inform us invaluably.

And I will never go back to letting others define me for me. I will never ‘try’ to be something for someone else to make them more comfortable or to have them like me or approve of me.

I don’t want you to either. Join me in this journey.

Come over to my blog on www.drjulianamorris.com or comment below and share your sexy journey and your stories about trying vs. being.

2 thoughts on “Finding YOUR Sexy”