“Monogamy used to mean one person for life. Now it means one person at a time.”Part 4 of 4 Part Cheating Series 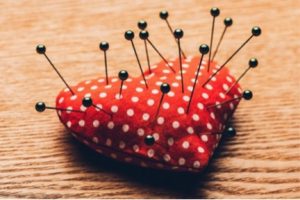 This is the last article in the four part series on cheating. I could write another 10 because it is such a big and complicated and pervasive topic. Thank you for all of the comments and questions. I’m glad to hear this series helped so many and added to the conversation about infidelity/cheating.

I had the biggest reactions to the third article…particularly with the woman who was cheated on and the man who cheated and was learning to accept he has the right to be loved even if it means infidelity. The themes for both were: I heard myself in his/her story and I’m grateful to not be alone and thank you for going there and issuing a statement to not assume the worst of the cheater.

I also receive a lot of joking messages like “Are you SURE you didn’t write my story?” And always the answer was….nope, those three individuals gave me permission. But they are so common you might see yourself in some of them. THAT is how pervasive it is.

I wrote this series because cheating is everywhere. In songs. In movies. In the news. It gets woven into political situations. It is talked about. It is avoided.

It is everywhere. And so I needed to write about it.

In this last article, I want to briefly hit on a few topics that didn’t get touched previously.

What can be good about infidelity?

Again, rarely, but I have seen some good come from cheating. For some, I have seen insights learned about character and dedication. I have also seen some stay in a relationship that had a ‘Don’t ask, Don’t tell’ unsaid agreement and the dalliances for the partner(s), ‘helped’ keep the family unit together and didn’t do enough damage that made partners unfulfilled and wanting to end the family. For a few others, one night stands give someone a confidence boost that filled them enough to seek internal validation to help bring more to the relationship to keep it positive and happy. I’ve seen outside, unknown relationships fulfilling the person to the point that they relieve pressure for their spouse to be something he/she isn’t. I’ve seen cheating become a catalyst for someone taking charge of their life again and seeking healthier lifestyles. I’ve seen partners truly not care and feel completely unaffected by their partner straying without consent…some because they’ve lost interest in intimacy with their spouse or themselves, and others it is because of physical limitations or past trauma.

There are examples of some good. But I have to stretch for them. And so does the people in these situations.

In most of the situations…the partners have a “unconventionally” negotiated way of looking at lies, deceit and emotional and sexual intimacy. That is another article altogether but typically what mitigates the damage typically seen in cheating.

Cheating Sucks and Is Complicated

So for the record….Cheating sucks. But I am also saying it is never a simple process from here to there. I have compassion for ALL involved and have rarely come across a story of infidelity that didn’t tug at my heartstrings and didn’t involve life altering insights, pain and questions.

Coincidentally or not so coincidentally I started watching a show on Netflix while writing this series. Doctor Foster is a British show about a woman who discovers her husband is cheating on her. I thought it was a medical show and had no idea it would revolve around infidelity. Of course it got a bit dramatic and took things to unrealistic places at times but there were nuggets in there that were dead on. Insightful. Eerily accurate. Good writing and acting. The show tackles cheating from all sides. Cheated on, cheating, the one cheating with, co workers, children, parents…..you name it and it is there. And often isn’t pretty but it is (mostly) real.

The only other media portrayal that has stood out to me on this subject besides the show, The Affair, is a short scene in Unfaithful where Diane Lane is riding on the train reliving the sexual affair/experience she had just had and she flows through every feeling I’ve had clients tell me they experience in an affair. Delight, disgust, turned on, remorse, sadness, happiness, resolve, confusion. I remember when it came out years ago being in awe of her acting in the scene and now writing this, I am also in awe of the writing/directing that drew the emotional range out.

That said. I’ve also seen pain turn into healing and healing turn into new chapters. These chapters are different than was expected in the initial dream of the relationship but it doesn’t mean that the new chapter doesn’t have happiness and joy. And believe me…there is healing on all sides. No one gets through infidelity unscathed in some way, to some degree.

I can’t also avoid that it destroys so much. Families. Health. Emotions. Dreams. Social networks. Trust. Friendship circles. Safety. People involved in cheating often have an emotional roller coaster with little outlets to confide in and process with. I’ve witnessed people visibly age due to the stress of their infidelity. Those who have been cheated on also often experience copious amounts of stress and emotions that wreak havoc on their physical and mental health. I’ve seen physical and emotional violence due to cheating. Financial ruin. The list is long.

Our society doesn’t do enough to support monogamy and it does even less to support those who are dealing with infidelity. This MUST change.

Just Get Out and Don’t Cheat

I hear this a lot. Why didn’t he just leave if he didn’t want Whoever and wanted So and So? Or casual friends saying it would have more acceptable and less egregious route to leave before cheating. First, it is SO much more complicated than just ‘simply’ leaving a partner just so they don’t technically cheat. Second, I’ve worked with people who have taken that more (slightly) socially acceptable route and although they aren’t labeled a cheater officially, there are still lots of ramifications and people don’t believe they didn’t cheat anyway. People start saying there are acceptable timeframes to begin dating again and if it is too soon in their world, they are vilified for that too.

People who are in a committed relationship but are drawn to go outside of it without consent are in a true bind. What do you with feelings of unfulfillment? What do you do with sexual attraction?

If you have these feelings, what do you do if you aren’t supposed to cheat and you really aren’t much better if you leave in order to not cheat?

What are your options? How do you answer this? For yourself? For someone else?

“Monogamy used to mean one person for life. Now it means one person at a time.” (EP)

Let’s briefly explore what makes cheating actually a ‘something’. Monogamy.

Monogamy is hard and not supported adequately in our society. It is the expectation, the promise for many, and the ideal historically. Removing the consensual world of polyamory (which I will explore in a few months), most relationships have an implicit goal of monogamy.

Yet how do we support each other in maintaining this ideal outside of condemning those who don’t uphold it? What do YOU do to help promote monogamy in your life-friends, family, your own life? How could others in your life support you if you have a value to have a monogamous relationship?

I highly recommend looking up Esther Perel if you haven’t heard her TED talks, podcasts, or read her books. I’ve seen her speak twice and devoured her work. She was a brave soul taking on the premise of monogamy as archaic before most dared to go there. She will make you think about this topic. May sway you. May anger you. May insult you. May inspire you. I’m not sure how you will react but I guarantee you, you will react.

A fav quote: “Adultery has existed since marriage was invented, so too, the taboo against it. In fact, infidelity has a tenacity that marriage can only envy, so much so it is the only commandment mentioned twice in the Bible. Once for doing it and once just for thinking about it. So how do we reconcile what is universally forbidden yet universally practiced?”

That is a great question. How do you answer it?

As with ALL topics within sexuality, my goal is to raise the topic, bring you different views of it, and inspire you to think about it, ask about it and come up with your own view of it. I hope this 4 part series has done that for you on this topic.

Again, there are so many places I’d like to go on this topic. “You’ve cheated, now what?”. “You’ve been cheated on, how do you heal?” “You are at risk for cheating—what do you do?” I may get back to those topics later in the year. I’m curious, though, what do YOU want to explore within this topic?

I encourage to talk to people in your life about this topic. Your partner if you are with someone. Your trusted friend. Someone who has experienced it. Someone who hasn’t. Remain open. Don’t assume. Ask. Listen.

As you’ve gone through this series….what do you DO with it? Pay attention to what stuck out for you. What brought out emotions for you? What made you repeat a section or sentence to someone else? What made you sit and really think?

Then go to what you avoided. What bubbled up within you that made you NOT want to talk to anyone? Tell anyone?

Don’t be afraid of the answers. Remain curious. Dedicate to the process of learning about yourself so you can grow to true acceptance of yourself.